Twelve per cent of the population suffer from migraines, with a prevalence in women three times higher than in men. According to research, one in five women who undergo plastic surgery is a migraine sufferer. For this reason, this form of severe headaches falls into the scope of plastic surgery. Because surgery can treat migraines where other methods fail.

Frequently asked questions about migraines:
What is a migraine?

Severe, throbbing headaches that frequently begin in the forehead or temple area and are one-sided in nature. The word derives from Greek hemicrania – pain on one side of the head. Migraines are typically associated with nausea and increased sensitivity to light. One in three migraine sufferers goes through a 5-20 minutes long so-called aura phase before the actual onset of the headaches.

How are migraines treated?

Trigger factors such as coffee, cigarettes and alcohol must be avoided. Strong pain killers are available for the acute phase; preventive medication is also available.

Where in the head are migraines triggered?

How is Botox applied in migraines?

12.5 units of Botox are injected into the trigger point. If the migraine is triggered at several points, they are all treated. If the pain is alleviated, the treatment is repeated 1 month later. Sufferers with a positive response to Botox can continue using it or undergo a surgical intervention.

Who is a good candidate for surgical intervention?

Sufferers who do not respond to medication, have more than 2 severe migraine episodes a month and show a satisfactory to very good response to Botox, should consider surgery.

How is the surgery performed?

The basic idea behind migraine surgery is to loosen up the anatomical structures at the trigger points and to liberate the pinched nerves in order to stop them from sending headache-triggering signals to the brain. Positive reaction to Botox is a crucial indicator that surgery may help, and the patient must definitely be tested before any intervention. Depending on the trigger point, the following procedures are carried out:

What you can read next 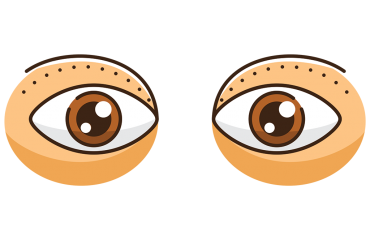